Nicholas Quirke was finding it impossible to not think about the damage that had been done when he woke on the morning of 10th September. It didn’t help to have a conversation with an unsympathetic friend. He really wanted to focus on the positive and enjoy life but these niggling episodes were getting him down. The good news was he had a fun day ahead and once he was focused on some work he was able to forget these irritants. As he drove to deliver Cole’s cast offs to a charity shop, some shopping  and collect a parcel, he spotted one of Beaconsfield Villas familiar sights. He walked into town to meet with Audrey. They caught up on the politics of American Express, on the world of Quirke and  as ever, Audrey’s laugh attracted the attention of everyone around them. Despite the sunshine he was determined to lose himself in a movie, though he  had some time to kill before going to the Duke of York’s and decided to have a tea in the Rotunda. First he encountered Stuart from Amex Concierge and they had a long chat about blogging and then Eileen and her house sitter, Nelly, were at the cafe and intercepted him, so he never got to have his tea. American Animals was an unusual take on a heist movie. It was a dramatised account of  a true story and it possessed some neat stylistic tricks, one of which was introducing a documentary aspect which kept taking you outside the the story,. This reminded Nicholas of his own efforts to make a pseudo documentary about a serial Killer in the late 80’s ‘Frank Cowley’, and recent thoughts to use the footage he had taken and to finish it now; an idea fostered by Philip Reeve when Nicholas was in Dartmoor. He was looking at an evening at home so after some shopping and preparing some dinner he thought it best to burn some incense, relax and forget all the troubles that had recently beset him. 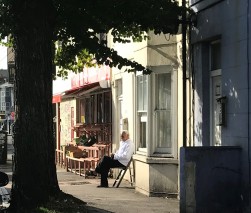 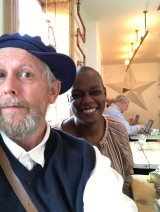 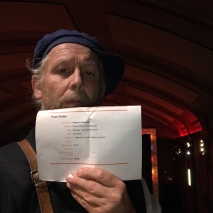 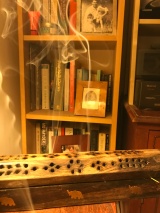