Nicholas Quirke was looking forward to his Freevening screening on 4th September, of Ingmar Bergman’s Autumn Sonata. He had work to get through beforehand and there remained much that he needed to do. He started by making a list, it was a long list, a daunting list and he needed to make sure he got through them all, as well as fit in his clients and social commitments. He liked having a list but as ever, he never knew where to start; with the easy things or a complex, time consuming item. He had to be at his first destination, his new client Sandra by  9.00 and decided to make sure he knocked a couple of simple tasks out the way, he posted a ‘Shelf of Shame’ image and selected a new recipe for the week, made a shopping list and watered the plants, the rest would have to wait till later, he hadn’t even had breakfast. He took his client shopping and then they went to George St, where he encountered a genuine Bearded Lady working in the shop. He was fascinated by this but felt uncomfortable with his interest, of course, he wanted to stare but the need to look diminished him. This was not a circus side show but diversity in action and though he surreptitiously took a photo, he knew he would never use it.  He then rushed to meet Terry whom he had had to delay and they went for tea at the Rotunda in Preston Park. The sun was out and he was in short sleeves but there was a definite chill in the air and he was driven indoors. Nicholas  listened to the story of Terry’s difficult weekend and empathised  with his situation, they were reminded of the similarities in their lives. They completed all the tasks Terry needed and Nicholas headed to his next client where he did some chores, shopping and some simple cooking. the day had been busy and full and by the time he got home he was too tired to do much and only managed 1 item from his to do list before he started to tidy for his Freevening visitors. He had a couple of cancellations but was delighted to share the evening with his longtime friend Helen Nevitt. After they caught up with their lives they started the film which was a relentlessly intense and truly cinematic experience. A painfully damaged Mother/Daughter relationship, illustrated with astonishing veracity by Ingrid Bergman and Liv Ulman’s beautiful performances, Ingmar Bergmans characteristic tight close ups which intensified the sense of claustrophobia their relationship held for them and Sven Nykvist’s colourless, austere cinematography. It provoked a lively discussion between them and once Helen had left Nicholas excitedly scoured his collection for the next Freevening screening. 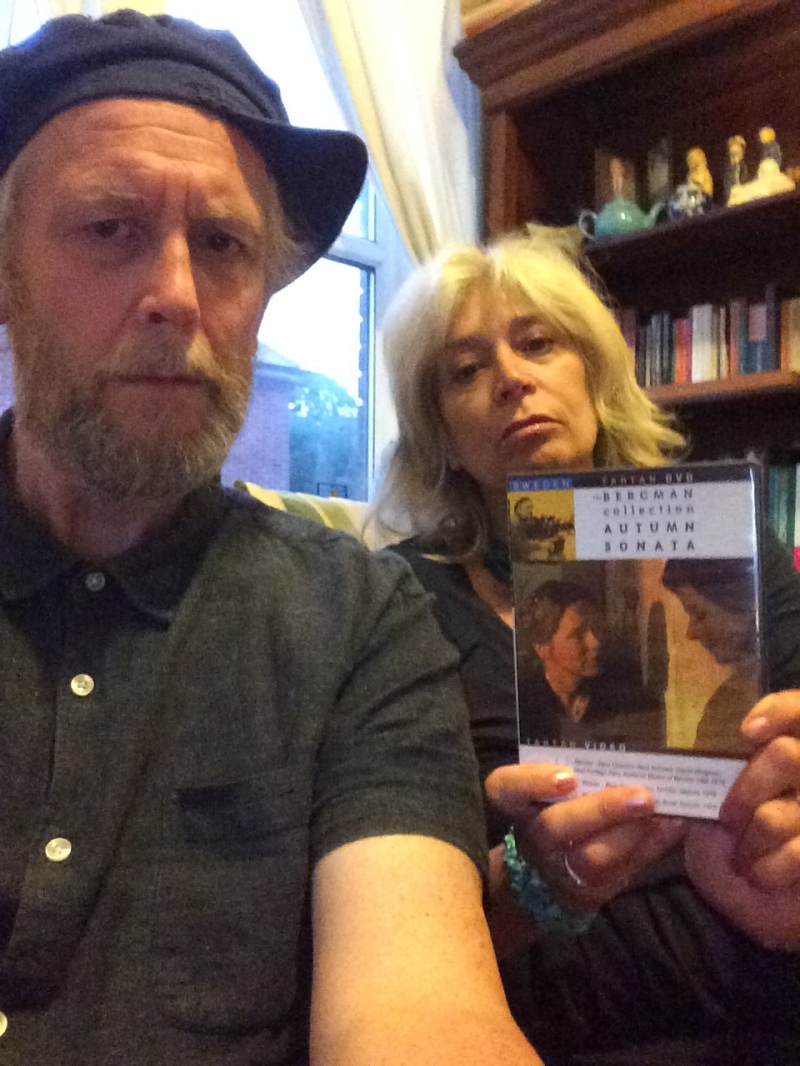