Nicholas Quirke was relieved on July 25th to be finally getting to bed. He had started the day at 6.30 driving to London to collect more of Cole’s belongings and it had been a long and uncomfortable drive and he was irritated with his Sat Nav which took him a strange busy route through Putney.. The day before he had been to see a sports therapist to have his ass well and truly pummeled and thought that perhaps he should be resting rather than making a long drive which only aggravated his sciatica. He had hoped that the drive from London to Godalming would be easier, but it still took him nearly two hours to get there as a result of the appalling traffic. If he thought that arriving at his sister’s meant he could relax, he was mistaken, as she got him to drive her to Waitrose for her weekly shop; and a visit that stretched his purse strings as he was seduced into buying Beetroot Burgers and some Tumeric Active Tea. For his exertions, she bought him a bunch of Gladioli. Lunch, a hotly fought Casino contest and a visit to the attic to look for some treasures to take away followed. After making the climb up the rickety looking ladders they discovered it was not a good day or time to go up in the roof, in which the temperature soared to about 40.  Both he and Kate were dripping with sweat and an onset of ennui and they could not put much effort into their endeavor. However,  Nicholas was delighted to find a Video 8 camera which was operational. This meant that he could view his old video films and finally arrange for them to be transferred onto digital media. Back in the car at rush hour for another discomforting and long drive to Brighton. Before heading out to meet Debbie who was over from Sydney and Bernie he managed to look at some videos and unearthed some really wonderful footage that he was going to enjoy finding the right time to broadcast. He called in to see Harvey and Grace and then went to the Prince Albert to meet Debbie, Claire and Lyn, Bernie and Campbell and Anita, who was the drummer in the Australian band, Even as we Speak, who were headlining that evening at the Green Door Store. Nicholas was delighted, once again to find himself on a guest list, and this time for these wonderful Australian exponents of late 80’s Jangly pop and at a venue which he had heard much of, but never been before and it was good o find out what was behind the Green Door. The event attracted a wide age range, but was a predominantly middle aged, like himself, audience and he noted with interest that the enthusiastic 80’s style dancing looked strangely inappropriate on many of the aging bodies. By the end of the evening he was unsurprisingly exhausted and the walk back home felt arduous. 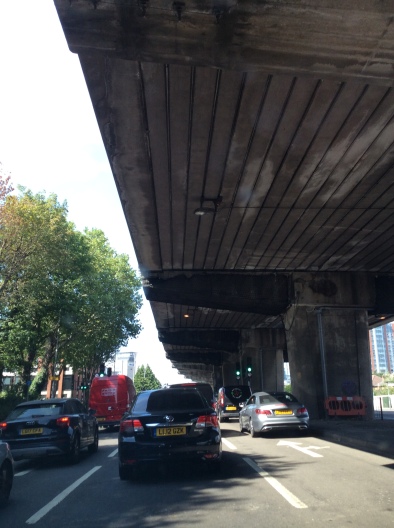 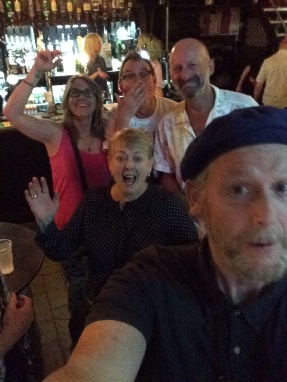