Nicholas Quirke was brimming with good feeling at the end of his day on 23rd May. The weather was warm and sunny and even though his dealings with the Pensions Office had annoyed him it was hard to be angry on such  beautiful day. He walked into town and met Peta for a tea in Pavilion Gardens. They enjoyed a good chat about their proposed Christmas Project and life in general. It was really wonderful that museum was hosting a Gilbert and George exhibition and they were pleased to get a cheap residents entrance fee. It was an excellent to see their work which dated back to their beginnings. Inspiring, groundbreaking, confrontational, taboo destroying and always fun. It was tech day for Fatherland and with opening night on Friday, his journey to London was focused on singing and trying to remember the movement and where it came in the songs. They were given coats to wear and Nicholas was dressed in a long unappealing trench coat.  He asked the designer if he would be able to wear a hat, the designer looked at him and said, “I am about to announce no hats, but I am going to let you wear yours, you will be the only one.” Nicholas was not sure what to make of that but was pleased that he would be standing out from the crowd in one way.  It was a long entertaining evening finishing just after 10 pm and he was relieved to heading back to Brighton. His car was covered in bird poo and when he got to the garage to fill up he decided to wash the car and found himself at nearly midnight giving the car a hand turbo jet wash. 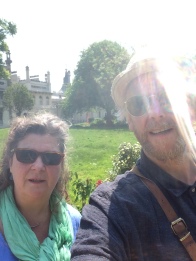 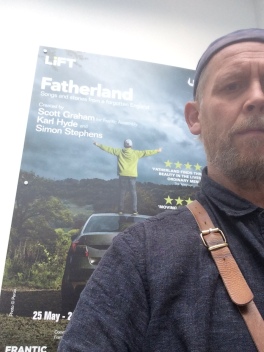 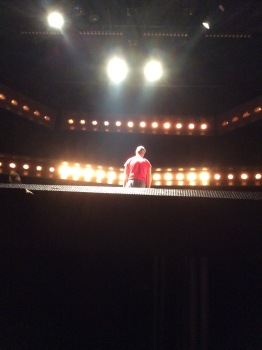