Nicholas Quirke was in the mood for a wonder of the world on 4th March and the excitement he felt at seeing another cherished desire come to fruition in the space of one week shocked him into the day. History had a way of getting under his skin and when he had learnt in the 1970s of the discovery in China of a vast Terracotta Army his imagination had been fired. He started the day with another pomegranate juice breakfast, while Wei chose to have a more substantial bowl of stew style soup. The journey to the Museum was quite an epic mission through the city on one bus and then a further 50 minutes on another bus. On arrival at what can only be called a circus of commercialism he was beset by offers of guides to the museum and managed to ignore and beat his way through it to the prize. Once through the gates there was a 15 minute walk to the museum or you could take a buggy and get there in 2. They took a buggy and Nicholas commented on the attitude with which the driver managed his vehicle. The wonderful thing about visiting China at the end of their winter was the reduced crowds which meant that he was able to enjoy the attractions in relative peace. There was always time and space to look and absorb the wonder of what he was seeing. The beauty of what Emperor Qing had built to have the protection in his death of an army that would never die in his death was breath taking and a beauty that was made all the more haunting by the damage that centuries had wrought upon these exquisite designs. By the time they left the Museum it was pouring with rain and any attempt to see other sites in the vicinity were thwarted so they started the trek back to the hostel to get their belongings. The traffic was horrendous in the teeming rain and Nicholas observed, as the driver of the bus took to the left hand lane despite the oncoming traffic, that the driving became even worse. Any concerns about time were dispelled when at the end of the journey they found they had time for lunch. It was probably the best meal he had eaten in China, with fried tofu, noodles, cucumber and garlic and fried peanuts. The rain had not relented and Nicholas found himself once again in a plastic rain Mac. The timings were impeccable and they got to the station in time to enjoy the bullet train for another 5 and a half hours. He read another play, listened to music, chatted and when 23.00 arrived they pulled into Beijing, he got into a taxi went to the hotel and the day ended 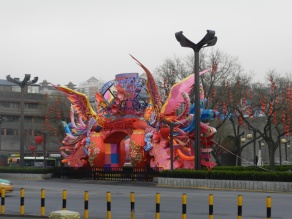 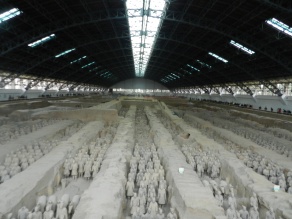 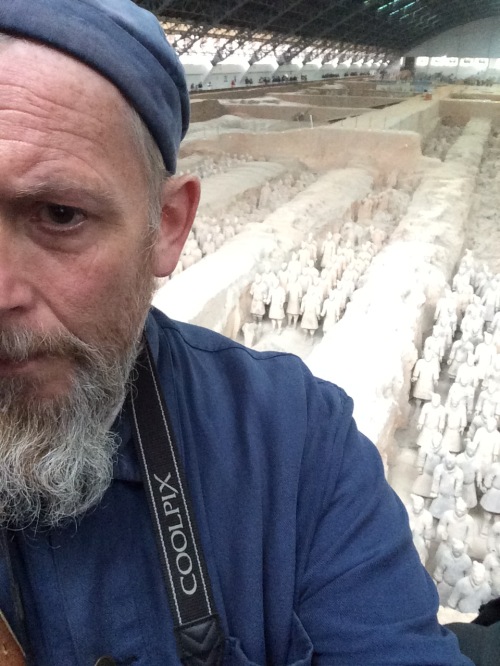 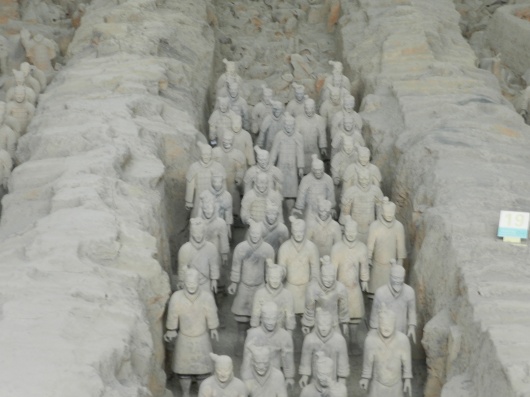 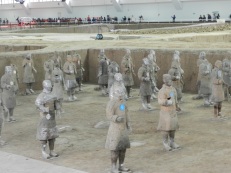