Nicholas Quirke was surprised to be woken by the sound of Police siren wailing. Shipshewana, was one place he had not expected to find the Law needing to operate. Nicholas was feeling ridiculously pleased at his latest stop but his excitement slowly turned to disappointment in what proved to be one of the strangest places he had been to.  He struggled to get to grips with the layout of this town where the establishments seemed to be closed and a vast way apart from each other. The Amish, whom he had come to observe were not much in evidence, though the sight of the pony and traps hurtling along were surreal. The Menno Hoff museum though proved to be a revelation, with some thrilling interactive displays including experiencing life on a ship and having some understanding of what it might feel like to be caught in a Typhoon; he hoped he might never have to experience it for real. He was also pleased to learn where the terms, Upper Case /Lower Case came from. He left the museum and this strange part of Indiana with a thorough understanding of Mennonites and the Amish. Next stop was amazingly efficient ‘Jiffy Lube’ in Elkhart to change the oil. This proved to be a most entertaining 45 minutes in the company of a couple of locals and it took one of them to point out to him the aptness of his hire car, a Ford ‘Escape’.  The drive to Chicago was uneventful, though he did experience a frisson as he passed by Gary Indiana and he recalled the song from the Music Man which he entertained himself with singing. This provided a break from 80’s only Station he had become addicted to despite hearing so many songs repeated. The DJ’s seemed to have a bias towards The Clash, Bowie, Depeche Mode, Frankie Goes To Hollywood and unusually Toni Basil (was this because she was a rare American in the Playlist). He was quite excited to hear Lena Lovich Lucky Number 1 again. It amused him to think how his departed friend Michael Tichner would have hated the soundtrack, so far, to Nicholas’s Odyssey. Nicholas arrived safely at Ann and George’s and half an hour after his arrival the snow came. He spent a lovely evening in their company and got an intensive political perspective on the area and Kerala as well as some helpful map advice.  Nicholas was given his first proper meal since leaving New York and thought to himself how badly he eaten over the past couple of days. Catering for Vegans was not a high priority in the states outside of New York. He ‘d had to compromise and have a Danish in the morning for breakfast as their fresh fruit looked rancid. No more Junk he promised himself. Chicago must provide a good Vegan meal. 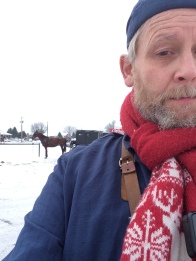 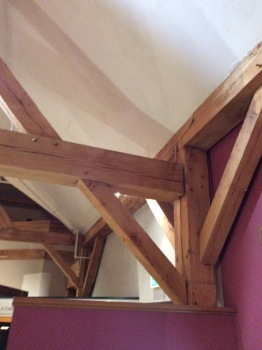 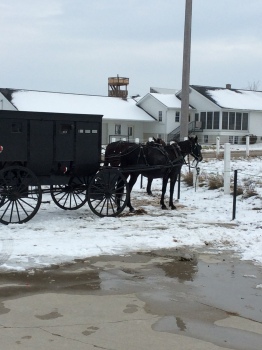 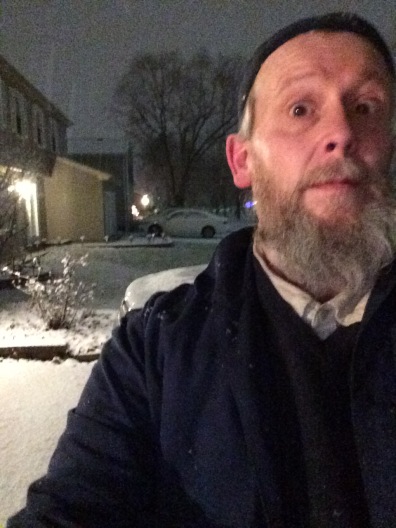